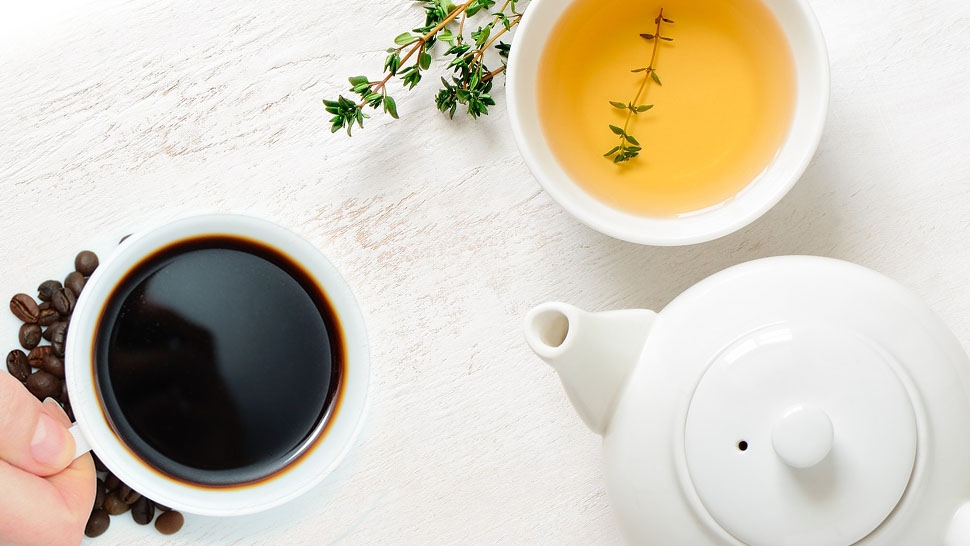 Drinking coffee is an integral part of many individuals’ mornings. It is a legendary energy drink that can help conquer even the longest days. But there are many reasons why people want to replace coffee with tea. Some find coffee drinks too acidic to stomach while others feel wired and restless after just one cup. Tea is a great alternative because it is formulated to deliver a more subtle, yet powerful energy boost. Caffeinated teas are also available in a wide variety of flavors and strengths so it’s easy to pick the ones that are the best fit for you.

Keep in mind that the actual caffeine content of a cup of coffee or tea can vary considerably because of factors such as origin, processing and preparation method, including brewing time. So use these numbers as a guide.

The caffeine content of coffee depends on many factors, such as:

The charts below show typical caffeine content in popular beverages. Drink sizes are in fluid ounces (oz.) and milliliters (mL). Caffeine is shown in milligrams (mg).

Tea and their Caffeine Contents.

There are many factors influencing caffeine levels in tea, including brewing time, brewing temperature, tea grade, and tea varietal.

If you’re a huge coffee drinker, replacing coffee with tea in the morning might not be enough to get you through the day. Instead, start with one cup of coffee and follow up with a strong caffeinated tea such as matcha for a longer-lasting, steadier energy boost. For casual coffee drinkers, drink a cup of tea instead of a cup of coffee to help you cut back on caffeine intake.

As long as you enjoy your beverages in moderation, both coffee and tea are healthy beverages!