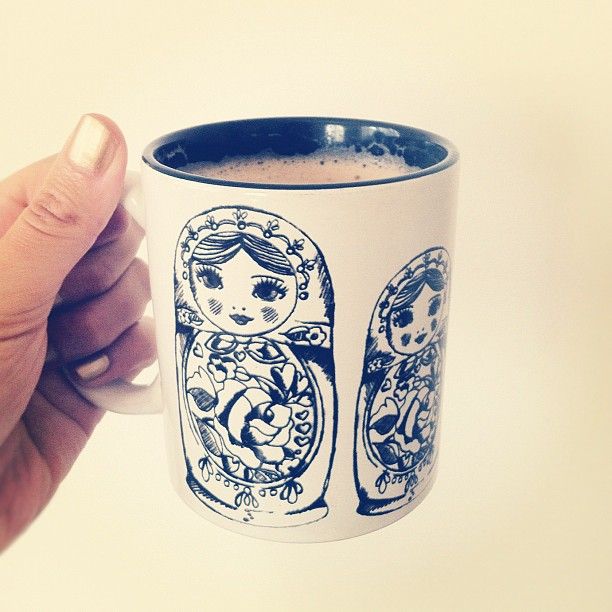 As regards Russia, historically, the tradition of coffee-drinking there begins with the era of Peter the Great. He “discovered” coffee while in Holland, became fond of it and brought the drink to Russia in the beginning of XVIII century.The first coffee house in Russia was opened in 1720 in St. Petersburg Peter and Paul Fortress and was called “Chetyre Fregata” (“Four Frigates”).Despite the fact that the Russians were mainly “tea-drinkers”, coffee gained more and more favour as time went on.
Nowadays it is quite popular, and below there are some interesting coffee statistics in Russia as of 2012:
– 2/3 of all Russian coffee-drinkers are citizens of Moscow and St. Petersburg
– about 85% of Russians prefer instant coffee to coffee beans
– cappuccino is the most popular drink in Russian coffee houses
– at home Russians mostly brew coffee in Turkish brewing pots called jezves, in Moka pots or coffee plungers and like to add some milk, cream, spices, chocolate, berries, lemon, liqueur, etc.

More and more people in Russia are drinking coffee in Russia and coffee drinkers’ tastes are changing. Russia is moving towards mainstream European and American consumption patterns, whilst retaining certain Russianness.  While Western countries practice mostly coffee to-go, Russians have different reasons to come to their favourite coffee shops. As it goes with tea, Russians prefer either to spend time chatting over coffee, or to have a meal or snack along with their caffeine dose. Taking this into consideration, coffee companies have adapted to Russian habits, usually providing enough room to have a seat as well as various appetisers, dishes and beverages.