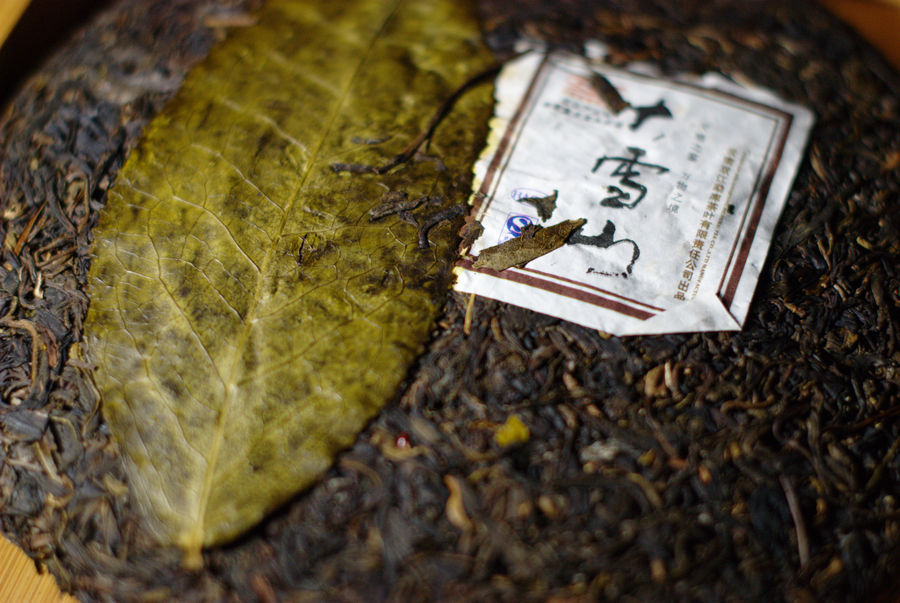 Pu-erh Tea has long been valued in Chinese herbalism for its vast benefits. Pu-erh tea (pronounced ‘poo-air’) contains high levels of polyphenols (flavonoids, catechins and theaflavin), which are known for their antioxidant activity. These powerful chemicals speed up fat burning as well as reduce stress and heavy metal consumption due to the cell repair compounds found within. The theanine and flavoids found within pu-erh just so happen to aid in digestion after meals by acting as a sponge and accelerator for fat burning.

However, of the five main types of tea (white, green, oolong and black being the others), pu-erh stands apart from every other one as its tea leaves go through a natural fermentation process before the tea is gently dried. This not only creates a cup with zero astringency and deep, rich body, but this fermentation process also helps produce micro-organisms which are being shown to be particularly beneficial to the human body.

Green Pu-Erh Tea has been around for centuries but the process for Black Pu-Erh Tea was first developed in 1973 and the first black Pu-Erh teas came on the market in 1975.
After processing, for both green and black varieties, the leaves are then left as loose leaves or compressed into the following shapes:
-Brick Tea (Juan Cha)
-Cake Tea (Beeng Cha)
-Bell Shape (Toa Cha)
-Mushroom Shape (Maw Gu Toaw)
After forming, the tea is stored in warm and moist cellars which allows subtle chemical processes to further mature and mellow the tea over time. Pu-Erh tea is drinkable after 3 months and after 5 years, starts to develop its unique aged taste. This means Pu-erh tea’s processing includes both fermentation and then prolonged storage, or “aging,” under high humidity. Pu-erh tea that is aged for a longer period of time is supposed to taste better.

Pu Erh tea offers you tremendous health benefits. Like most teas, Pu-Erh has been shown to contain antioxidants and anti-inflammatory properties. Antioxidants are natural phyto-chemicals that help the body fight off free radical molecules and prevent diseases. The antioxidants that are found in pu-erh are often in a higher concentration than in most other teas due to the fermentation process that the tea undergoes prior to steeping.

Important to note, pu-erh tea is not a fad diet or miracle cure. Using pu-erh to lose weight, like all other traditional methods, requires persistence and determination. You will not notice results in an instant. Instead, you will experience gradual improvement of your energy levels, overall well being and last but not least, gradual weight loss. In one French study, participants recorded weight loss was from five to ten pounds over a two-month period. To achieve best possible results, follow a healthy diet and exercise regularly in addition to your teatox, and drink pu-erh tea about an hour after each meal (or simply after breakfast or lunch) to reduce the amount of fat that is retained and stored from your meal.

While pu-erh tea has caffeine, it may seem odd that this tea would assist with sleeping. However despite the caffeine, the key micro-organisms and phyto-chemicals pu-erh tea contains, GABA and theanine, have been shown to reduce stress levels and increase the production of natural melatonin in the brain, resulting in decreased stress, stabilized mood and improved sleep patterns.

Pu-erh tea may be a great way to boost your overall health and add more variety to your tea cabinet.